The Electric Universe
The idea

Physics knows four forces. However, the 20th century was convinced that one of the them the electric force plays no macroscopic role in the Universe. For example, positively charged atoms exist, but positively charged stars should not exist.

This strong belief was not the result of 100 symposiums held yearly on the "Non-electric Universe". It was the result of a simple idea: the electric force is too strong to act. In the case of two free protons, a 1036 times higher repulsion than attraction comes into existence (in vacuum). Although matter of the Universe everywhere consists of huge positive and negative charges, the incredible strength of the electric force seems to inhibit the macroscopic separation of these charges. Therefore, the theoretical infinite radius of the electric force seemed to be as superfluous as the fifth leg of an antelope. An improbable exception should be easily observed in this alleged 'neutral Universe'. For example, only 0.003 gram of free protons (in overbalance) should blow up the Sun, because their electrostatic repulsion would be by 50% stronger than the huge gravity of the 2·1033 gram mass of the Sun. 1 µgram of free protons cannot destroy the Sun, but they should deform the Sun to a big egg if they were distributed unevenly! The strengh of the electric is force far beyond our imanigation. Even microscopic charges should produce such macroscopic results. New measurements show that macroscopic electric charges have cosmological results e.g. galaxies which do not move according to the gravity-law or the accelerated expansion of the Universe. Such cosmological results are explained with mysterious dark matter or with mysterious dark energy. Also the fact is known that the Sun emits not only 1 µgram but also billions of tons of charged matter which stopped electric plants in Canada and Sweden in 1989 March. Therefore, something is wrong in this old basic idea.

Not only the strength but also the direction of the electric force should easily reveal it, if the charges are not neutralized. Gravity can only attract, but the electric force can also repulse. Therefore, a simple method to detect this separation of the electric charges in the Universe is the search for this repulsion. The 1 microgram free protons should produce at least an electrostatic solar geyser which was not found in the time between Galilee and Hale. However, these geysers were observed by G.E.Hale in 1892 with his spectro-heliograph. These prominences were not hot and therefore not round clouds but filaments, clearly of electric origin due to their pinch effect and ions. Hale´s invention should be the start of the electric astronomy. Yes, the genial inventor Hale was convinced that the electric charge of the Sun produces the magnetic field of the sunspots. In 1941, R.S. Richardson tested again the electric explanation of Hale but the supposition of a constant electric charge of the Sun led to contradictions.

Soon, the solar dynamo was introduced to explain everything. But this dynamo itself remained a mystery. Its site, voltage, current, power, dimensions, electric circuit could not be shown. SOHO was constructed to find it, but neither the dynamo, nor its alleged products: the deep, long magnetic tubes could be found. Also the heating of the corona, the emission of the wind remained intriguing mysteries. Many astronomers e.g. Bachcall (1997), Haxton (1995), Hoeksema (1994), Lang (1995), Longair (1994), Phillips (1992 ) in many hundred pages pointed out these and other hundreds of contradictions but without any hope of a solution. However, my book The Electric Universe shows also the solution. No new measurements (of the e.g. strings), no new physics of WIMPs or neutrinos, only two facts in addition must be taken into account:

Both facts are well known since a century. But, consequently, the electrons have 43 times higher velocity than the protons in the same temperature and, therefore, much more electrons than protons leave the solar core. Therefore, the solar core is continually charged positively. Simply, the fusion-energy separates the electric charges via its produced temperature-gradient.

Why did the Sun not explode electrostatically when the first 0.003 gram of free protons remained alone without their electrons in the solar core ? As long as the solar core is a plasma, all of its photons have a zigzag course of a length of light-years in it. This ineffectivity of the photons is valid not only in the case of the photons which carry out the heat radiation of the solar core (this process is well known) but, obviously, also in the case of those photons, which carry out the electrostatic positive field of the free core-protons. One of these free protons accepts the photons of the repulsion from the other free protons along zigzag courses in the lengths of light-years, therefore very weakly. The plasma obeys all gas-laws, but it is no gas. It is not transparent for the heat radiation and electric force which are carried by the same photons. 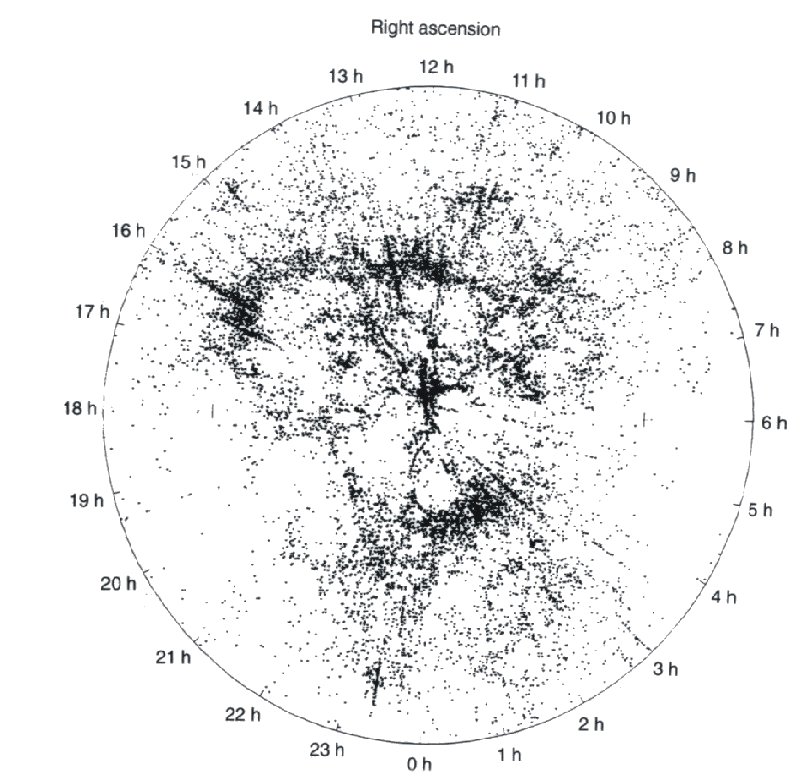 However, the Sun will explode electrostatically, in a cold way, when its positive core (as a white dwarf) will be colder than about 7 000 K, when the ion-electron pairs recombine and many ions remain without electron-pair. The photons suddenly fly along short and straight lines in a gas and carry the strong electrostatic repulsion of one ion to other ions ! This will be a gamma ray burst. This is why a red section of the white dwarfs is totally missing in the Herzsprung-Russel diagram! Without this electrostatic explosion, the number of the cold (therefore red)

My astronomy book explains a very conspicuous form of matter: the various filaments of the Universe. All filaments must be made by a force of infinite radius, not by nuclear forces. It cannot be gravity, therefore, it must be the electric force which creates sparks, lightnings, spiculae, filaments of the penumbra, chromosphere, corona, flares, coronal mass ejections, filaments of supernova remnants, jets of young stars and radiogalaxies, many filaments of superclusters, e.g. the Aquarius filament of 23 superclusters in the length of about 1 gigalightyear! The motion of the charged matter is caused by electrostatic repulsion and/or attraction. This motion produces also the observed exact circular cross sections of all these filaments via pinch effect. Is it not beautiful that gravity makes spheres and the electric force filaments, both of circular cross sections independently of their very varying sizes? The whole Universe mainly consists of filaments and big voids. Therefore, the infinite radius of the electric force is not superfluous! It shapes not only sparks but also the largest bodies of the Universe.

No professional astronomer could find this new astronomy because they learned (as I) that a thermoelement needs two wires. It was my luck to find a new thermoelement-law which shows that the two thermowires are two generators ! After this new law (in 1978), I needed 16 years to discover that conducting stars function similar to a thermowire, charging the hot parts positively and the cold parts negatively, without any motion, simply by heat-difference. No problem is the Lenz law which would stop the solar rotation via inducted currents. The Electric Universe is fantastical beautiful in its elegant simplicity, already in its first description. However, the 20th century remains for ever the century of astronomical mysteries because of the unleveled effects of the electric force.

candidate of the Hungarian Academy of Sciences