Does the Sun heat variably by its varying magnetic fields? The main problem of all magnetic models is that SOHO found neither a "solar dynamo" nor "deep magnetic tubes". Also TRACE discovered too thin and straight coronal filaments which could not have emerged through the boiling solar layers but grew out geyser-like from one foot-point. NASA stated some months ago that a "magnetic tube" would be unstable due to its own magnetic repulsion. Moreover, magnetic climate models should be discarded they did not predicted our climate.

A new, an electric climate-model is described here based on the solar thermoelectric process. The solar wind is negatively, the eruptions are positively charged. The TRACE- and LASCO-pictures show that solar filaments have an exact circular cross section i.e. they are electric direct currents shaped by the pinch-effect. Our climate is maximally correlated to the aa index of the geomagnetic storms which are the results of solar direct currents conducting by Earth (Fig.1). Our climate depends on the emitted solar electric charge and only if this charge hits Earth  (Fig.2-3). 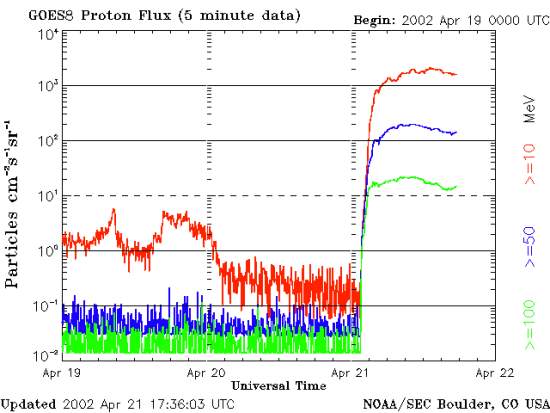 The burning out of the transformers of Hydro-Quebec (in 1989) is re-analysed on the base of these positive direct currents and a new solution of this problem is elaborated. The Sun has two influences: the positive (active) Sun repulses the positive cosmic ray particles which are seeds of clouds. (A magnetic dispersion is not necessary and not possible!) In addition, new movies show that this active Sun can directly charge our clouds positively via red sprites which fly down with a velocity of 10 000 km/s probably during a proton storm (Fig. 1). 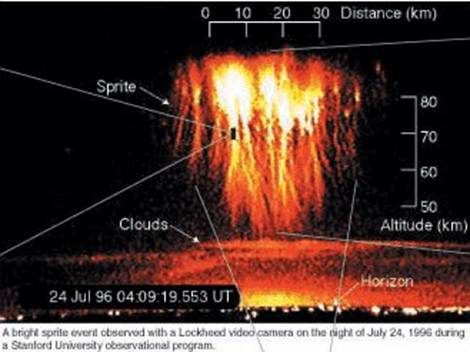 The hit clouds emit gamma rays and are perhaps diffused by this huge solar positive charge. A large hole of a diameter of about 40 km in the cloudy area could be opened by the Sun therefore the sunlight can heat through this hole. The cosmic rays and red sprites could be responsible for the fact that the area of the clouds was found to be by 2-4.5 % lower in the middle magnetic latitudes during the last solar maximum. This very energetic sprite-model could be tested by the terrestrial gamma ray bursts which were discovered and continually observed by the Compton observatory. The proton storms are measured since many years. About hundred coincidences between gamma rays and proton storms could be found if they existed. Moreover, each of the hundreds of observed red sprites (e.g. Fig. 2) should appear during a synchronous proton storm.

Parallel - and independently - to both supposed electric influences, the sunspots were re-discovered as "awesome solar hurricanes". The instrument of the solar irradiation ACRIM (onboard the satellites SMM and SOHO) showed that the huge rotational energy of the sunspots can increase the solar irradiation. The present 88 year period will end in about 2045 probably with the highest irradiation of the last two millennia. We should have as few climate gases as possible to minimise the glasshouse effect. 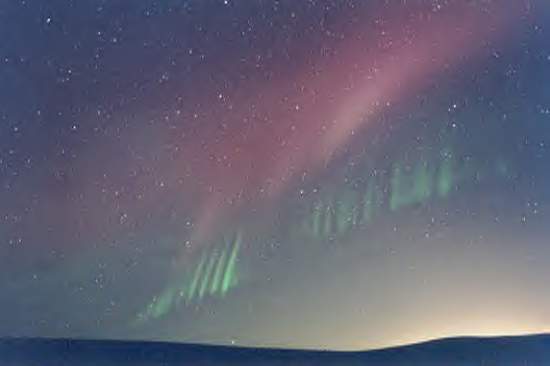 Fig. 3 Filaments of the aurora in 2002 July 2. The filaments and their equal distances from each other show the electric origin similar to red sprites. No branches are there. Credit: Anderson SpaceWeather

One of the accepted talks:

The producing of the model of the terrestrial climate is the most important task of astrophysics and geophysics to avoid a threatening climate catastrophe.